My first test in the Blancpain Endurance Series

First the bad news, there is no behind the scenes video for this one, I lost my GoPro bag and my phone mic has forgotten it’s job. I am making amends for the next event though!

To make up for it I thought I’d write my first post of the year detailing the baptism of fire I experienced at the first test of the season.

I arrived on a Tuesday after 24hrs of flying to a cold but beautiful Nice airport. Upon meeting up with my manager Alan Macdonald we set off to find our rent-a-car. During that time a funny thing happened, I was climbing aboard a bus to Terminal 1 and I literally bumped into F1 driver Max Verstappen… I was a bit star struck and stared into his eyes like a long lost family member, I won’t let that happen again.

Once we’d found our car we needed sim cards to figure out how to get around this place and almost immediately we got lost. One and a half hours later we eventually found where we needed to be and with sim cards acquired it was on to the highway for a two hour drive to the track.

Google Maps somehow figured that the best way there was over a mountain and then around another, which meant the roads were fun but to be honest I just wanted to get to our destination to meet the team and see my new car.

Finally we got to the track and I was greeted with the sharpest cold breeze I’ve ever experienced in my life. I was completely unprepared with my pretend-jacket and my enthusiasm to walk the 5.8km track was immediately replaced with dread. I decided it would be a better idea to stay in our team garage, look at the cars and speak broken Italian to my mechanics.

The car itself is amazing, we have been given a brand new 458 GT3 by Kessel Ferrari for the season. It had maybe done 50km to run in brakes and engine but besides that was almost literally out the box. This was a pleasant surprise as I initially expected to be given last seasons car to use.

When I see a new track for the first time I am as excited as a 4 year old opening presents. I genuinely struggle to hold back my excitement, so when we arrived before the team on Day One of the test and had to wait for them to pitch up, Alan was not so impressed with my slick timing.

At 8.30am we’d completed drivers briefing, discussed our ‘run strategy’ with the team and got suited up. I was to drive the car 3rd, after my two team mates, as I needed the most laps to learn the track and get used to the car.

Almost immediately I set a decent time and continued to improve by 0.5 second a lap until I landed on a decent 2 minute flat lap time. It was about 2 seconds slower than the big boys but I was on ancient tires and zero experience so it was business as usual really.

In general I always tend to hit a bit of a wall on Day One and after some sleep I make huge progress on the second day. It’s been a trend my whole life but I’m never able to relax knowing this pattern.

Throughout the day that is exactly what happened and while my competition got quicker and quicker I was unable to break the 2 minute barrier in our car. A couple of times the WRT Audi’s came passed and I tried to follow them but before I knew it they were gone into the distance.

I could tell immediately that this year was not going to be easy and the speed at which the top guys came passed me was astonishing.

There are a lot of variables that come into play when considering these things, such as new tire runs, low fuel etc but nonetheless it was an eye opener. I’ve always aspired to race against the best and here I was doing it.

Overall Kessel were happy with my performance and felt that new tires would give me a fair shot at a good lap time but they emphasised (and rightly so) that we were here to learn, not break lap records… and because of that fact they were not going to let me run on new tires at all.

As expected sleep did cure a lot of my previous days struggles and I was immediately faster in the first session but what made the biggest difference was a set of almost-brand-new tires that my team mate had just used. With these in hand I chased down a low 1.58 lap and broke into the top 20, about 1 second off the pace.

When I tell people that I am now racing in the Blancpain GT Series they almost always ask me “cool, what’s after this?” and the answer is simple… in GT3 racing there is nothing after this. This is it, the pinnacle. My best analogy is to describe it as the UEFA Champions League of motorsport, consisting of the World’s best drivers, teams and tracks.

To give you an idea of the level, there will be no less than 4 current and former F1 drivers on the grid. Tied to that are some Le Mans winners and you start to get the picture.

Therefore being 1 second off the pace doesn’t even put you in the top 10, if you’re lucky you break into the top 20. The mountain is steep but it is only a mountain.

With my ‘better-tire’ run completed my time at the track was almost finished. We had lunch and when I returned I was set to do mini-race simulation consisting of a 15 lap run. The minimum ‘stint’ length I’ll do this year is one hour but in order to save the car for the actual Championship we cut down our simulations by half.

By the time the car was handed to me the tires were already well passed their best but our race pace was excellent. Target lap times were mid-1.59’s and I managed to do better than that every lap, including those which had traffic (with 60 cars taking part it’s almost impossible to have a clean lap). On the whole it was an awesome stint and gave me a lot of confidence going to Monza.

I travelled home the following day satisfied with the job my team and I had done. We were competitive on Day Two, especially against those in our class (AM) and I felt like I got a hold of the track in the end. Almost by fluke while I was waiting for my flight I bumped into another F1 driver, Nico Hulkenberg, which I can only assume was trying to get a picture of me with my helmet. I didn’t let him.

With testing done I now wait until mid-April before heading back to Europe. The first event in the Blancpain Endurance Series is at the legendary Monza F1 circuit. It’s a track I really enjoyed last year when I raced there for the first time and have plans to make amends after time handicaps robbed us of potential victories.

By then I hope to have my camera’s in working order so that I can show you more behind the scenes footage. If you have any questions don’t hesitate to post a comment! 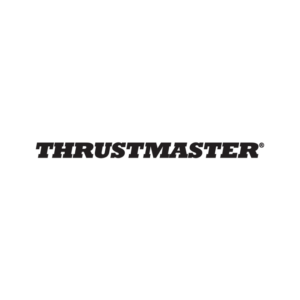 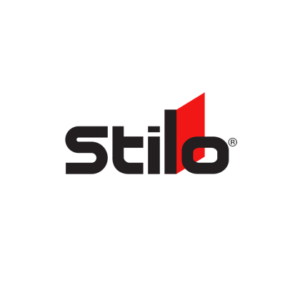 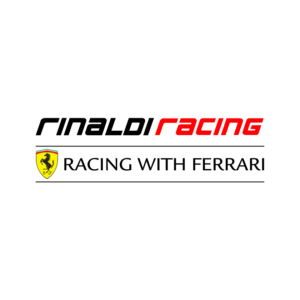